“Ohhhhh. I don’t think so. Noooo. I just don’t think these dogs are cut out for that sort of thing,” said the breeder.

It’s early in 2011 and I’m on the phone explaining to the woman at South Fork Kennels, in Idaho, my intentions.

“Well, my hope is for both to be therapy dogs. I think people would really enjoy seeing Ridgebacks – they’re just so different from Labs or Goldens.”

“You’ve had a Ridgeback before, right?”

“So you know what you’re dealing with.”

I hung up. And then, I began to doubt my gut.

My friend Claire and I picked the girls up at BWI’s Cargo area, late on a January evening. We walked into a back room where they were sound asleep in their travel crate, all woven together, so it was hard to tell one from the other. Even the loading dock crew was smitten. They were beautiful. They were made to be shared.

So we went to school. First we attended PETCO’s basic, four-week training for puppies, where we practiced heeling and sits and stays, all the while surrounded by bags of dog food, treats and toys. We did more than one Kramer-like slide into a well-stocked barrel of pig’s ears. Sometimes store customers would gather to watch. Once a guy yelled out to me, “You got TWO Ridgebacks? You’re crazy! We had one – you know they won’t go outside in the rain!”

“Yes, I know. Luckily they have big bladders.”

“And ours learned how to open our kitchen cabinets!”

“No one ever called ‘em stupid, ” I answered.

I went home, and pulled on all the knobs.

We continued our education in Davidsonville, Maryland, enrolling in the beginner AKC program. After six weeks, we graduated, Delilah first in the class. Lillian was third. Of three. Delilah gloated. I wondered if Lillian, being the more statuesque of the pair, wouldn’t be better to pursue a career as a super model. But even then, she would have to hold still.

We were then permitted to begin intermediate training where we work, still, mostly on our manners. We’ve attended actual therapy dog classes. We’ve taken therapy dog tests. We’ve approached random people in wheelchairs. We’ve goaded friends, neighbors and complete strangers into helping us train. We’ve been welcomed. We’ve been kicked out. We’ve been cheered on. We’ve been doubted. We’ve licked little ears and stepped on big toes. We’ve walked amongst hundreds of Annapolis tourists testing our skills with people, and spent countless hours at dog parks, testing our skills with other dogs.

I celebrated each success. I despaired at every misstep. I wondered how it might be that my sweet dogs who love people might not pass a test proving that they are sweet dogs who love people. I was told to train each dog alone, doubling my training time, and causing me to worry during Delilah’s hour, that Lillian might chew a hole in the roof. Then during Lillian’s hour I grew anxious over Delilah’s tendency, when left alone, to wail like she was being stabbed. I thought they might never stop devouring their own beds, and wondered how that trend might manifest in a health care setting. I pondered how many containers of applesauce would go missing before my dogs would be kicked out, and if Lillian-the-Gooser could resist an open hospital gown. I had no idea of their bed-side manner, except that they preferred to be bed-top.

Nearly three years, and many nay-saying conversations later, Lilly and I stood, exercised, bathed and ready to visit some folks at Hospice of the Chesapeake. (Delilah had opted out of the therapy thing. She seemed to rather play “Dawn” to Lillian’s “Tony Orlando.”) I was excited. Lilly is always excited. We drove to the inpatient care facility, and parked out front. It, of course, was a quiet place. We were not, generally, a quiet pair. We rang the bell and walked in, Lilly hoovering about. A nurse gestured, “Rooms 1, 2 and 3 will be okay.”

Our first patient, I’ll call “Ruthie”, was a woman who seemed to float in and out of reality. Maybe she wouldn’t notice if Lilly did a cartwheel or whatever. This woman was a holler-er.

“I used to have a dooooooowwwwg!” she hollered.

I stood back, wondering if Lilly would be upset by the hollering.

“Would you like to pet my dog?” I hesitated, unsure of the whole situation. But Lilly stepped forward and dropped her head in Ruthie’s lap. And wagged.

In the next room, “Charles” wasn’t able to speak much but his visitor told us “Charles” owned a Golden Retriever. Again, I was apprehensive. Goldens are gentle and non-intrusive. The man reached a very thin arm over side of the bed and Lilly put her head under his hand. He patted. Then, ever so Golden-like, she gently set her head in his lap. And she wagged. Luckily she reserved her signature the full -face scour for the visiting gentleman, who laughed, wiped his face and said, simply, “I have been loved.”

Our last visit was with Don, who was up and about, and we chatted about his former life as a horseman and his various arts and crafts projects which dotted the room. Don had a Doberman. He showed us a picture of his younger self with his handsome charge, then sat on the side of his bed and grabbed Lilly’s head, playfully rough housing. More wagging, and she was careful not to entangle herself in his oxygen tubing.

I was taught that the average Hospice patient is only there for about two weeks. We are scheduled to visit every other week. I rather assumed most patients, we’d never see again. I pushed the thought from my head. Don seemed pretty chipper. I told him we’d do our best.

Back in the car, I was relieved. Lilly was nonplussed. There had been no miracles. But there had been no incidents either. It was difficult to measure success. Stupidly, I’d not realized that visits would be so quick, that the very sick aren’t up for a lot of chit-chat. What I thought would be moments of cheer, were really seconds. But if you’re packing up for your next life, seconds must count in this one, right? One thing was becoming clear. I, the human, I was over-thinking. Compassion isn’t learned behavior nor is it acted out. As we’d entered each room, Lillian just went with her gut. Maybe my dog was teaching me to go with mine. 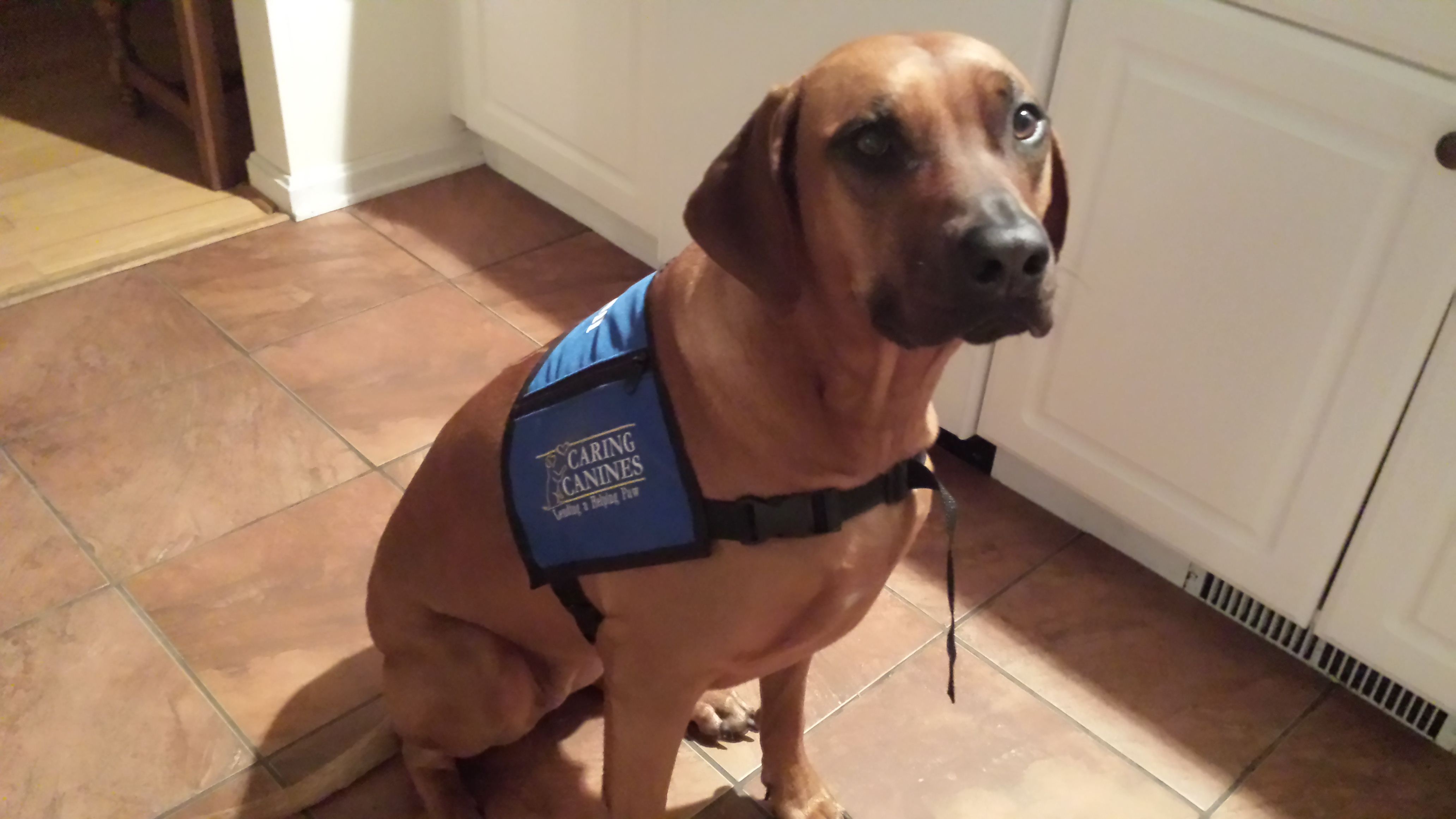 One Reply to “Going With Our Guts”