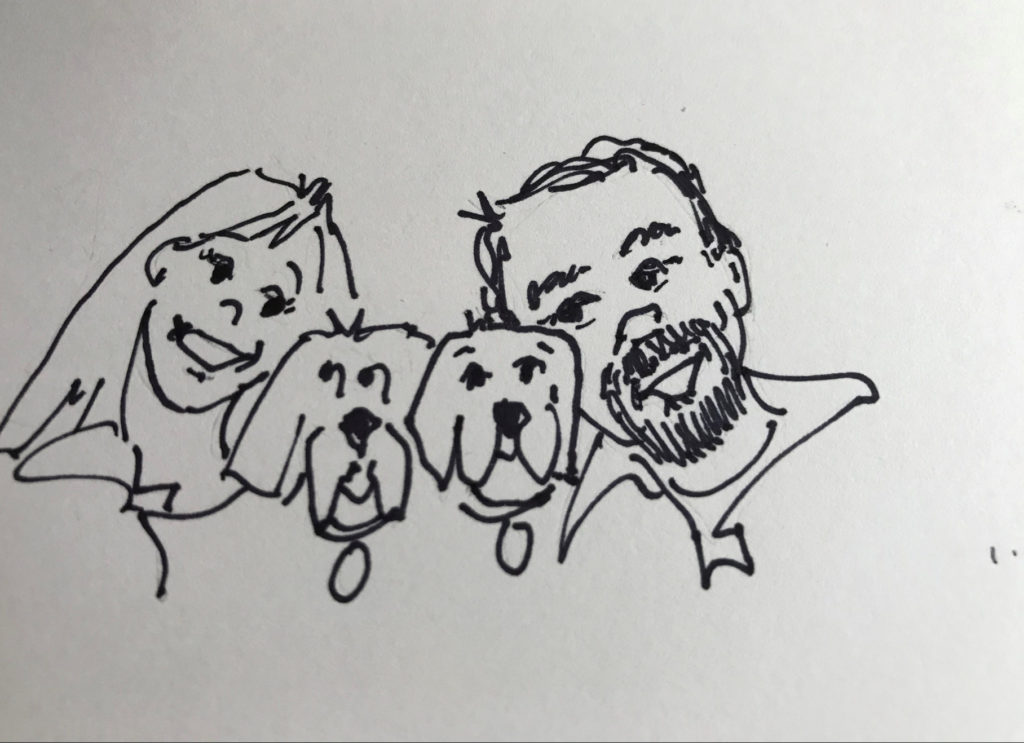 I used to be the Queen of Leave.

I was a producer at a Louisville television station. The management fired the anchor, who was my friend. So I left.

On to Detroit, where I produced a morning show. After a year or so I was moved to the afternoon show, where, yes, I got more sleep, but my work was heavily managed – nearly done for me. Not only were my shows subject to more inspection, so was I. (Substitute MeToo hashtag with #WhoWasn’t?) So. I left.

In Miami my departure was more mutual. And ugly. Still, when given the option to stay, all that was left of me was one of those little white swirls and a “peeyyyuuuwwww” sound effect.

As a freelancer for about a dozen years in DC, I was only as good as my last performance. So essentially, I left, only to start over, every day.

There was a recession on while I was a producer at The Pentagon Channel, so leaving wasn’t an option.  But every week around Tuesday or Wednesday, I’d tell my friend, Candace what I wanted written on my cake, because, “My last day is Friday,” I’d say. Some women fantasize about a handsome co-worker. I thought a lot about the exit door.

As I moved from place to place I’d drag the same possessions. Some I’d never unpack. They’d sit in a closet or a basement or a garage, until I dusted them off and put them on the next moving truck, so they could sit in the next closet or basement or garage.

I was the same with relationships through my 30’s. I never had much staying power because I was always going. I’d vanish when things didn’t feel quite right, without asking why, without explaining, sometimes dragging it out over a series of conversations, (it’s not you it’s me. No wait, really, it’s you…) sometimes slipping out during a long silence or while the guy checked the meter and before the other shoe dropped.

“You’re still looking,” said one boyfriend, on my way out the door.

I’d drive to parties and other occasions alone, so I could escape unnoticed and unaccompanied.

As I got older, I worried that I wasn’t staying anywhere, ever.

My first big commitment was to a Rhodesian Ridgeback puppy, named Loretta.  Then my dad passed away and a friend told me that buying a house would make me feel better. Suddenly I had a home and a dog. For the first time, putting down some roots felt good and grounding.

Still I flipped in and out of situations, work and romance, always filled with “what if” and “while I still have time.” I always felt like I was in the wrong spot.

“You’re where you’re supposed to be,” my friend Krishna would say.

Once, while huffing and puffing my bicycle up a particularly challenging hill, my friend Jenn pulled up alongside and said, “Just settle in.”  I relaxed a bit and stopped changing gears, steadily climbing to the top.

Then Jon came along and there was that magical thing that happens before it all goes side-ways and I need to slip beneath the crack under a door somewhere to get out. But I stayed vertical. There was no shoe. And he loved me and my house and by now two Ridgebacks and my friends and when he put a diamond on my finger and even when I made him wear bike pants. He actually was, eventually, grateful for the bike pants.

I hedged and figured I could still wiggle out if I needed to, if I found out I couldn’t breathe or if, one morning, he drank all the coffee. But then I realized I couldn’t leave. And then I knew I didn’t want to. I stopped looking, pulled up all the escape ladders, filled in my moat and walked down the aisle.

“You’re more free than you’ve ever been,” said a friend.

The name of this blog remains, “On Dogs and Men,” meaning Lillian, Delilah, Jon and mankind. The former sub-title, “Men Come and Go, But Dogs are Forever,” is changed now, though, to “The Art of Sitting and Staying.” Woof. The four of us aren’t going anywhere.