Madeleine Albright was wearing her customary brooch on her left shoulder. I stared and squinted, trying to figure out today’s selection, but I was sitting too far back in the audience of the Washington Post’s “Securing Tomorrow” program to see it clearly. David Ignatius, who’s been covering the president and foreign policy, was the Q part of the scheduled Q & A.

I don’t often write about, or even refer to, this president.

Albright, you’ll recall, was Secretary of State under President Bill Clinton. She’s written a few books, and she was there mostly to talk about her new one, “Fascism: A Warning.” When told that the title seems alarming she says, with characteristic Albrightism, “Good.”

When asked what advice she would give this president regarding his, as of this writing, on again, meeting with Kim Jong-un, she pointed out that the North Korean leader has spent his life studying for this meeting. He is technically adept and smart. He is his father’s son. Albright met with Kim Jong-il in 2000 and was surprised at his note-less grasp of information – or propaganda – depending. She had been briefed by many experts. She was prepared. Her suggestion (which she joked she might tweet) to Trump: Don’t be extemporaneous. It came across, less as a piece of advice, and more of a punchline.

Being a one-time refugee from Hitler’s Europe, she calls herself “appalled” by this president’s stance on immigration, recalling that when she became an American citizen, while she was at Wellesley College, she was encouraged and felt welcomed. She says empathy is an essential part of presidential leadership.

She recalls Putin as “cold and reptilian,” and an “expert” at weaponizing information. He is intent on separating other world powers from the US. He is so passionately trying to restore Russia to its previous strength and status, he is willing to infiltrate American elections.

Then, she talked about Hitler.

She says Hitler rose to power as the division between the rich and the poor deepened.

There was disagreement over who were the true victims of war. Mussolini exacerbated the situation by promising to “take care of” his supporters. Both promised people things to the exclusion of others, then created scapegoats. Scapegoats who needed to be eliminated. The German business establishment, by most accounts sophisticated and schooled, initially dismissed Hitler as a lightweight. They hoped and figured he would go away. But he appealed to those who felt ignored, outweighed by the culturally elite.

She says her Republican friends are also dismissive of their leader, hoping this president, who promised to “Make America Great Again,” just goes away. Immigrants have become scapegoats. This president works to pit American against American. Albright reminds, “Good guys don’t always win, especially when they are divided.”

She understands this president’s motivations. She calls him the “most undemocratic president” in American history.

Albright says this president’s disrespect of the press is “outrageous.”  This is when my stomach tightens. Like it did when, earlier this month, he threatened to revoke the white house press credentials of those who his administration deemed “unfair” to him. He may be planning, via limited access, to censor the news.

Fascism occurs step by step, says Albright. She says it all makes her very nervous.

I wanted to stand up in the audience and yell, “What can we DO?” I am wary and frustrated. “Calling my Congressman” feels, at the moment, tantamount to “Thoughts and Prayers.”

Ignatius’s last question, appropriately, came via Twitter, from an Albright fan, asking which brooch she had selected for today’s program.  She revealed that she’d worn it for David and for his colleagues at the Post, in honor of their profession, their commitment to journalism and to the truth.

It was a feathered quill pen.

I haven’t often written or referred to this president. I’ve been mostly sticking to a cute puppy picture posting policy, hoping that he just goes away. But what truly has made America great is speaking out, and writing, responsibly, against what’s wrong. 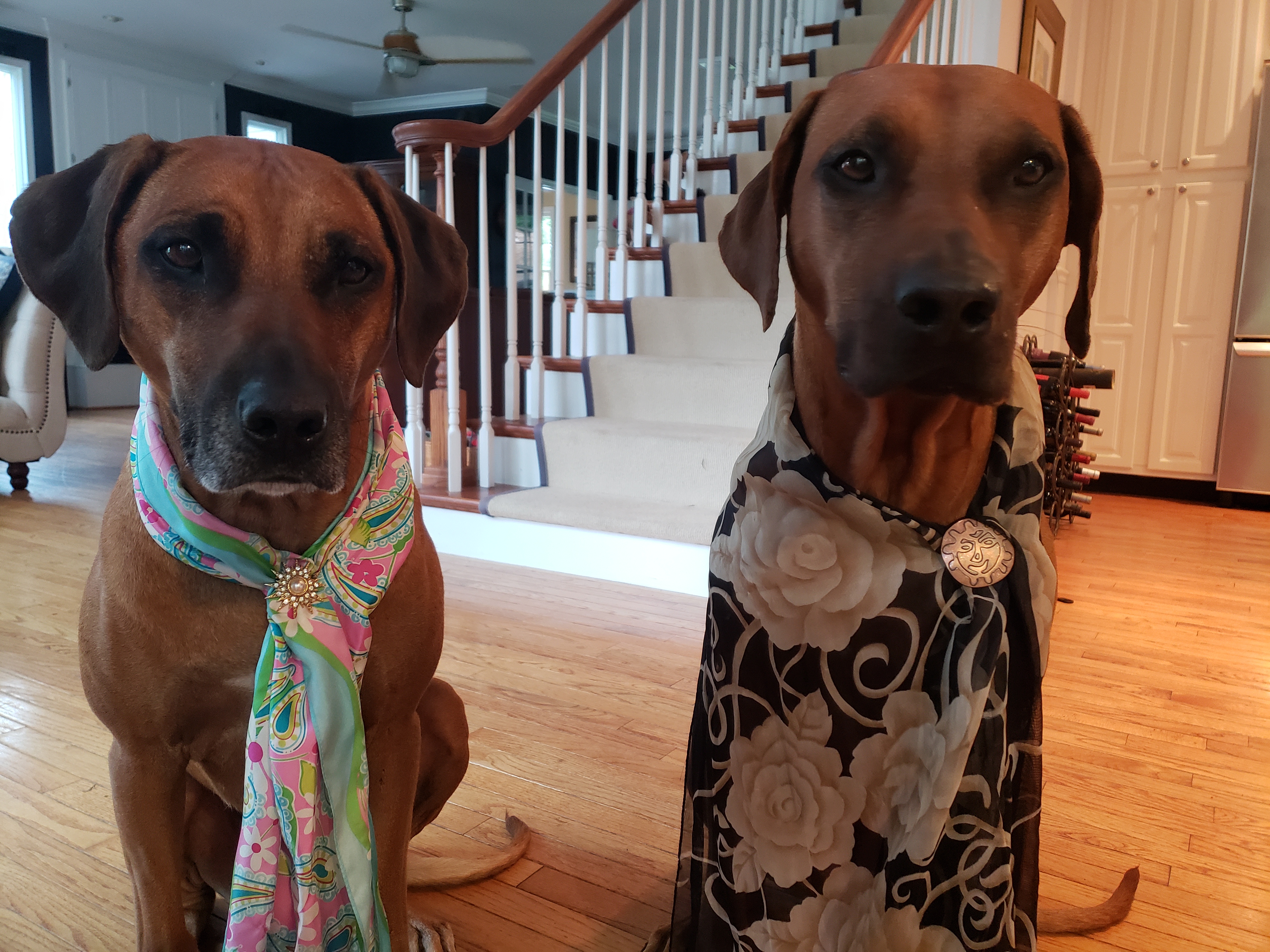 Delilah and Lillian sport brooches in support of the former Secretary of State. 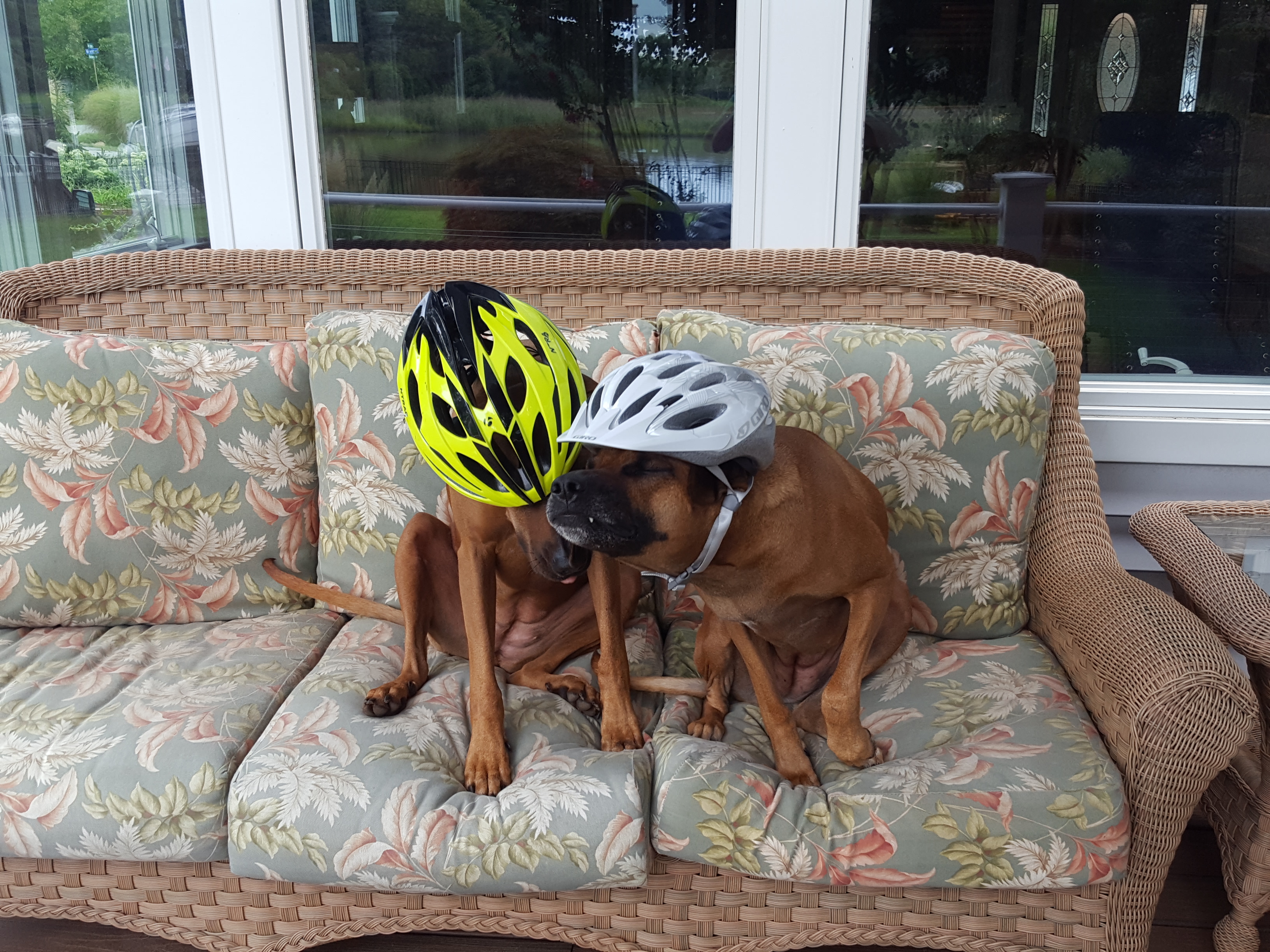