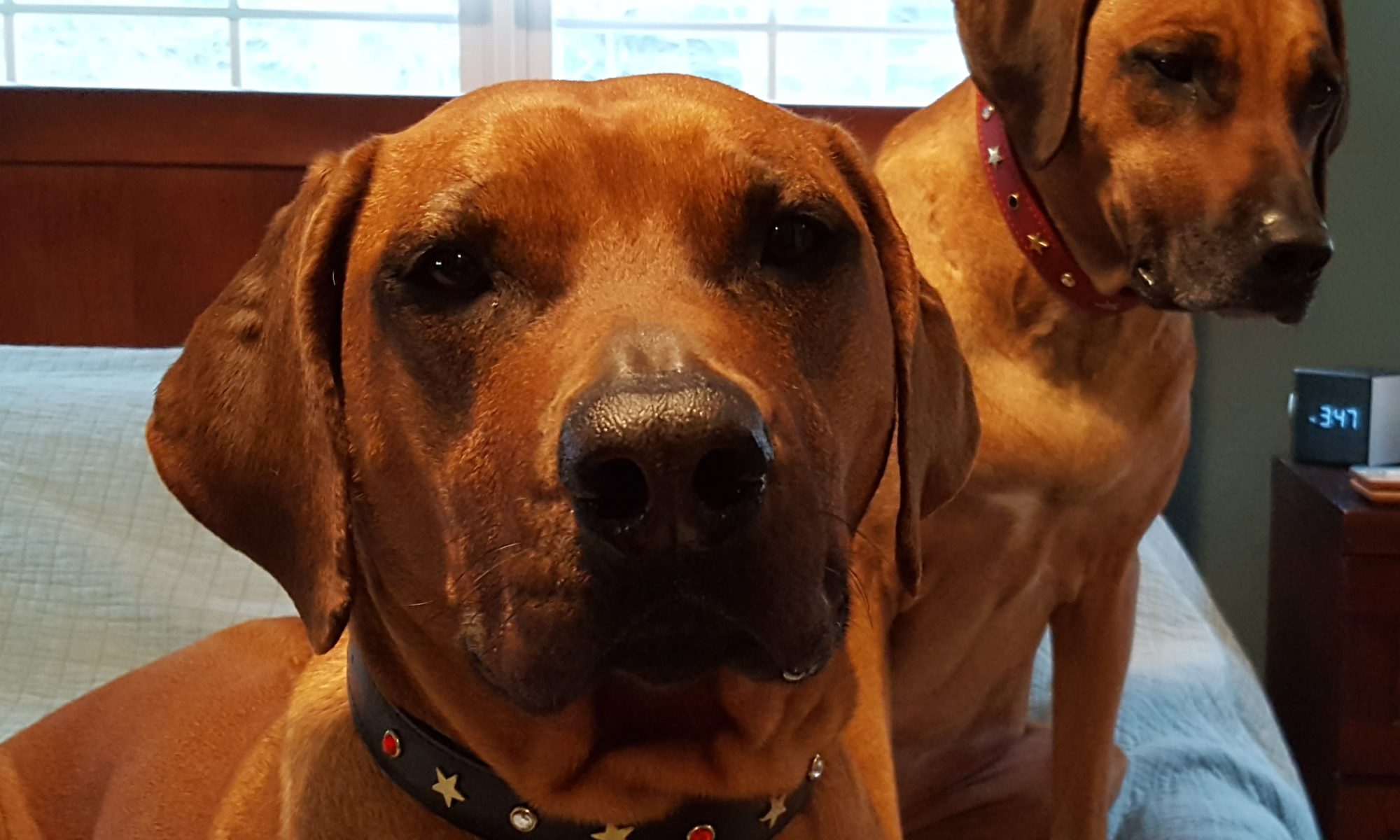 It’s about fifteen degrees outside late on a Sunday afternoon and we’re giving the dogs a quick run in an open field behind the local high school.  We’re heading back to the car when both Lillian and Delilah run into the woods.

“Girls, come!” I yell, holding a chunk of cheese.

Lilah runs toward us immediately, but Lilly does not.  I call her again. I feel the cold metal parts of her leash burn into my fingers. The sun is close to setting.  It’s going to be a damned long, cold night’s search in the woods if she does not come back, I think.

And suddenly there she is, bounding toward us.

“She would have had to find us in the car,” Jon comments, reading only parts of my mind. I would never have returned to the car without her. Truth be told, he wouldn’t have either.

I may be the only person in the world who thinks the romantic comedy, “Must Love Dogs” wasn’t enough about the dogs. If the plot of the movie had been true to its title John Cusack would have fallen in love with Diane Lane and Mother Teresa, which was the name of the Newfoundland she was sitting. Mother Teresa needed a bigger role. Any single female dog owner knows this.

Here is how I know:

One September evening, I was very late for our dinner date. There were several complications. I’d been delayed leaving work, there was an accident on the Chesapeake Bay Bridge and I’d just had a dysfunctional sweat gland removed from the bottom of my foot, (yeah I didn’t know there were any there either) making it really uncomfortable to walk. All of this culminated in a plan for me to drive my Volkswagon to the top of the Naval Academy Bridge and pick up Jon, who had gone for a walk, rather than sit at the bar waiting.  As I pulled up he motioned me to get out. Which I did, under protest. It’s a busy bridge. But it’s a beautiful view.

We gazed for a minute over the Severn River and beyond, to our beloved Chesapeake Bay. Then Jon dropped to one knee and asked me to marry him. It wasn’t like this thunderbolt thing. It seemed a natural, wonderful step in our exciting new journey. The ring fit perfectly.

Happily coupled and full of our great news, we went on to a long celebration dinner, then home to call my mom.

But before I picked up the phone, there was one more thing Jon thought to do.

He reached into his bag and pulled out two collars, each embellished with a bit of bling. And he kneeled down and buckled them around each furry neck- Delilah in hottie red, Lillian in a sleek black number.

We are what Verizon refers to as a “bundle,” and what car sales people say “comes standard.” My girls are the batteries that are included. And we have gotten incredibly lucky.

So far this blog has been mostly about our encounters in dog parks, visiting elderly people, and generally getting into trouble. It’s been a lot about what my girls have taught me about other people and about myself. I’m counting on them through this next adventure.